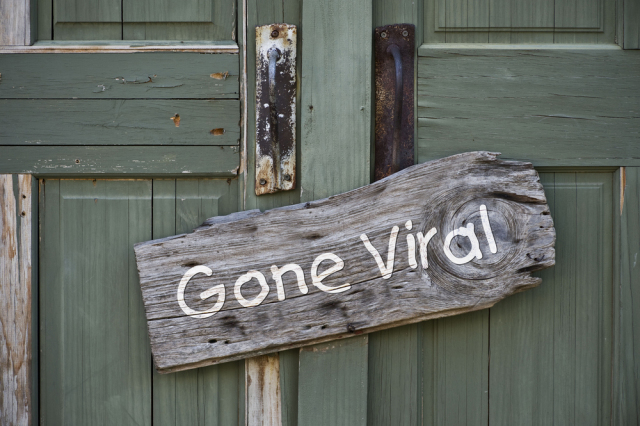 The 21st Century has seen a serious decline in journalistic integrity, I’ve talked about it a few times already. The priority seems to be ratings, clicks and visits with legitimate news channels jumping on trends rather than actual stories. This year was ripe for fake news going completely viral and being reported on as truth. The 24 hour news cycle has forced reporters to stop caring about things like research, I guess.

The moral of all of these stories: If you are a reporter, working a story, do your research, make some phone calls, dig a little deeper, like you know, it’s your job or something.

Here are some of my favorite debunked viral stories in 2014:

2014 was a big year for combating the catcalling issue. Dozens of videos popped up on the internet showing what women experience just trying to get a bagel in the morning. A dozen more videos popped up discussing the issue and providing their own commentary.

One video in particular saw it’s week in the spotlight – Drunk Girl in Public – which featured a women who was obviously intoxicated, trying to get home and hoping for some assistance. Throughout the video the assistance she receives is from men trying to take her to their own homes instead, so creepy, right? It was very scary and people were outraged. Problem was, It was all a fake, the men were tricked and the woman was an actress. You can get the full story here.

The Lady with Three Boobs

When this story first hit my news feed, I thought – “this isn’t true” – it was ridiculous for anyone to think this was biologically and scientifically possible. So I laughed it off and kept on scrolling until I realized that sites like Huffington Post and the NY Post were actually reporting the story.

So, after many, many websites rode the controversial (though completely fake) story, it was revealed that *GASP* the whole thing…this is stupid, I can’t even finish this entry. Read about it here if you want.

I think people on the internet see a headline, react to it, then share it, without reading the full story or digging any deeper. He’s not dead, all any reporter needed to do to learn the truth was make a few phone calls.

Little Girl Kicked out of KFC

People were foaming at the mouth when they heard that a KFC restaurant asked a little girl to leave their establishment because of the scars on her face. Everyone from CNN to the Daily Mail were talking about this. Through some actual sleuthing it was discovered that the whole thing was a hoax and of course those same news outlets reported on that too – like it was actual news.

Guerrilla street artists and followers were in a tizzy when it was reported that the beloved Banksy had been arrested, complete with a mugshot revealing his identity! The story was picked up and shared via the National Report – a fake news website – and was ultimately viewed 6 million times.

Eventually Banksy’s publicist had to make a statement – he’s still roaming the streets with spray can in hand!

Siri – Where do I hide the body?

Back in August, news sites like Business Insider, Yahoo, and Fox reported that a Florida man, on trial for murder, asked Siri how to hide the body. Every one of them attached a photo of the supposed screen shot.

However, According to trial reports, the image was probably something the defendant just scrolled past on Facebook and not an actual query he made himself. You can read about this and other BS viral stories here.

Since journalists are not doing the job they are supposed to be doing, it’s up to us to dig a little deeper and do some research. Never take a story at face value, if you are unsure, search and be sure all the sources being shared are reputable. Happy sleuthing, smart media peeps!